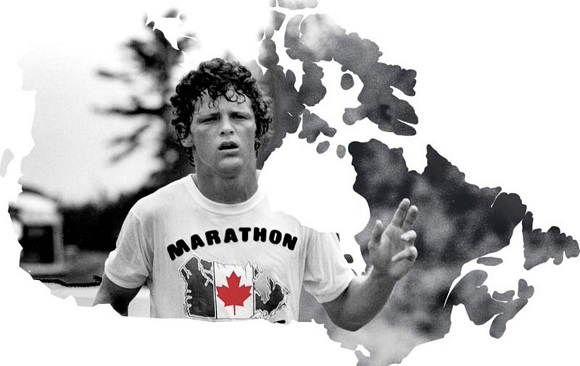 Dear parents/guardians and staff of Sunrise,

Our school is continuing Terry Fox’s legacy by taking part in the Terry Fox School Run. To honor this special day, please feel free to share the attached message with your children.

We thank you for joining us in the fight against cancer and continuing Terry’s legacy for generations to come.

On April 12, 1980 Terry Fox began his Marathon of Hope in St. John’s, Newfoundland. Terry brought an empty glass bottle to a small beach in Outer Cove and filled it with Atlantic seawater. He planned to pour the jug of water into the Pacific Ocean at the end of his run, symbolically connecting our country from coast to coast. Enthusiasm and support for Terry was growing but after 143 days, Terry was forced to stop running outside of Thunder Bay when his cancer returned to his lungs.

41 years later, our school is continuing Terry’s legacy by taking part in the Terry Fox School Run. Remember that we continue to walk in Terry’s footsteps, representing everything he stood for; compassion, courage and determination.

Terry once said, “Even if I don’t finish, we need others to continue. It’s got to keep going without me”.

This website uses cookies to improve your experience while you navigate through the website. Out of these cookies, the cookies that are categorized as necessary are stored on your browser as they are essential for the working of basic functionalities of the website. We also use third-party cookies that help us analyze and understand how you use this website. These cookies will be stored in your browser only with your consent. You also have the option to opt-out of these cookies. But opting out of some of these cookies may have an effect on your browsing experience.
Necessary Always Enabled
Necessary cookies are absolutely essential for the website to function properly. This category only includes cookies that ensures basic functionalities and security features of the website. These cookies do not store any personal information.
Non-necessary
Any cookies that may not be particularly necessary for the website to function and is used specifically to collect user personal data via analytics, ads, other embedded contents are termed as non-necessary cookies. It is mandatory to procure user consent prior to running these cookies on your website.
SAVE & ACCEPT